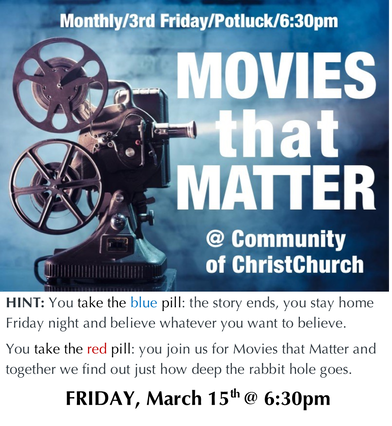 October 19, 2019
Come to our neighborhood!
We will be watching a 2018 documentary exploring the life and work of a beloved children's television icon.
​Potluck starts @ 6:30! 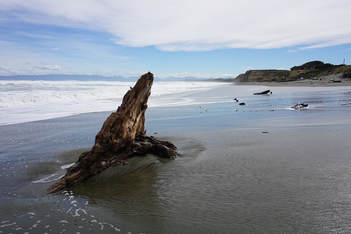 - This breakout film of 2002 gained critical acclaim after it’s lead actress became the youngest, at that time, to ever be nominated for Best Actress.  She was 13 at the time.

- It’s based on a book by New Zealand author Witi Ihimaera and is a story of love, rejection, and triumph. 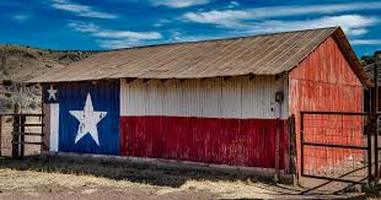 -It stars actors famous for playing "The Dude, Captain Kirk, and Lance Armstrong." 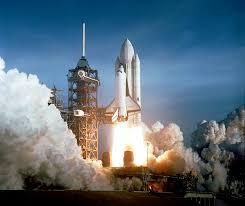 - Released in 1999 it is a coming of age story set in coal mining country.
- Based on a true story.
- The title of the film is an anagram - if you rearrange the letter of the movie title you can spell the book it is based on. 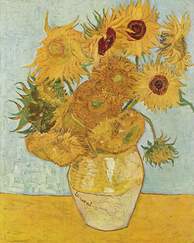 We continue our monthly movie and discussion Meetups.

Here's a few hints for the February movie…
- This 2017 film is the first feature-length painted animation film.

- The film centers around the life and strange death of a famous painter. 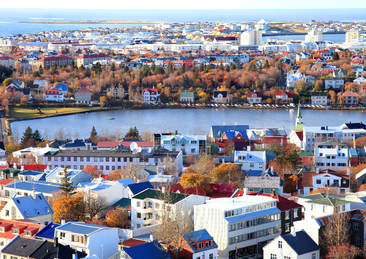 Happy 2018! We continue our monthly movie and discussion Meetups in the New Year.

Here's a few hints for the January movie…
- The film stars Bill Nighy and Kelly MacDonald
- Primarily takes place in Reykjavik, Iceland
- Released in 2005
- Written by Richard Curtis of Four Weddings and a Funeral fame 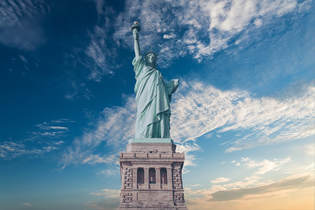 December 15, 2017 movie…
Copyright rules stipulate that we cannot advertise the name of the film in advance.

- Rotten Tomatoes says: "A rich and moving story about an immigrant family adjusting to life in Hell’s Kitchen."
- Released in 2003. 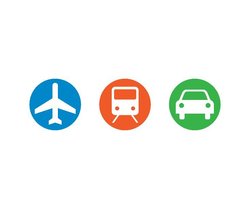 November hints movie…
- This 1987 film is directed by John Hughes
- This holiday movie has a transportation theme
- We are showing this film to get you in the Thanksgiving holiday spirit.

The film was...Planes, Trains and Automobiles! 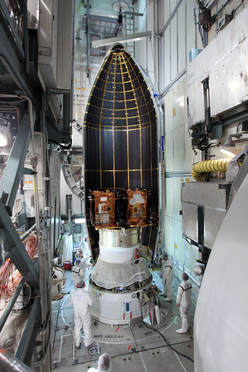 Our new season of Movies that Matter kicked off Friday, September 15th!

Copyright rules stipulate that we cannot advertise the name of the film in advance. For July we watched The Fountain.
​
Here's a few hints for the September movie…
- Best Picture Nominee for 2017 Academy Awards
- Rotten Tomatoes says: In heartwarming, crowd-pleasing fashion, (this movie) celebrates overlooked -- and crucial -- contributions from a pivotal moment in American history.

September is also the one year anniversary of Movies that Matter! Come celebrate this community based ministry initiative! 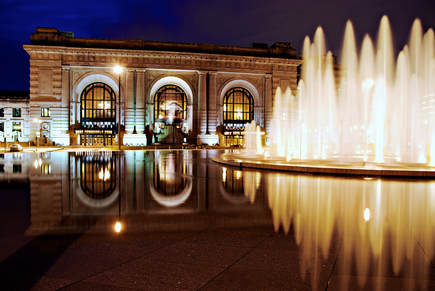 The TENTH Movies that Matter on July 21st, 2017 Our nine other movie viewings have been a good community building experience. Plus delicious food!
​
What movie did we watch?
HINTS: Released in 2006, abstract science fiction, three stories intertwined, philosophical musings on love and loss.

Did you guess? We watched the Fountain, selected by Corey! 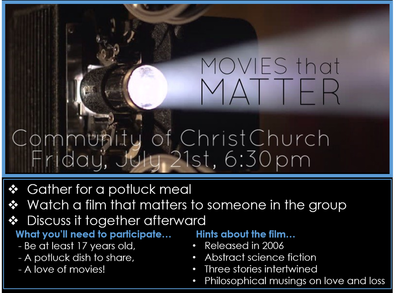 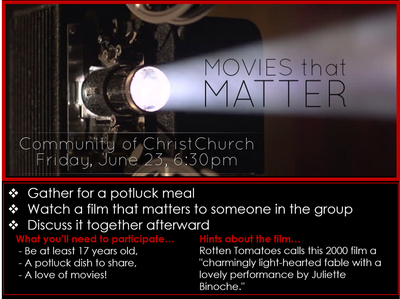 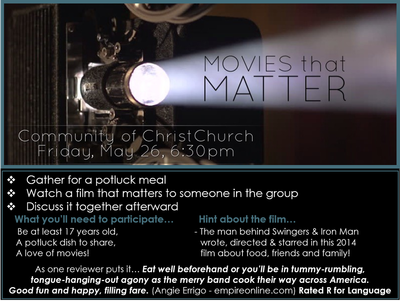 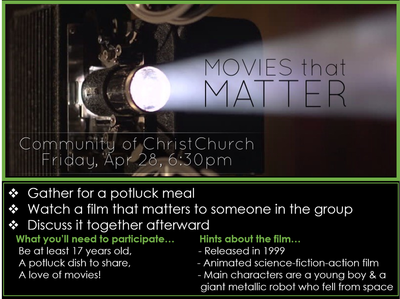 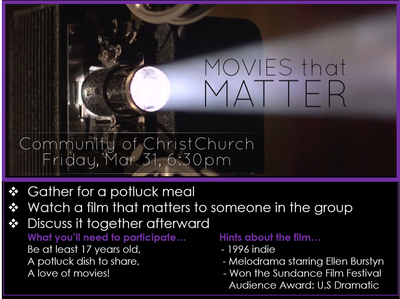 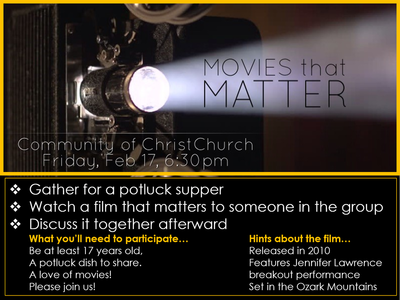 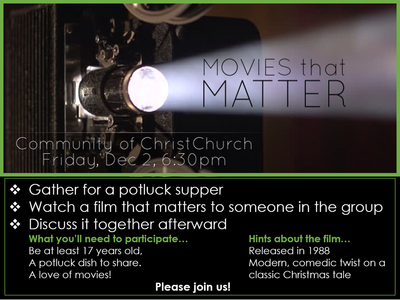 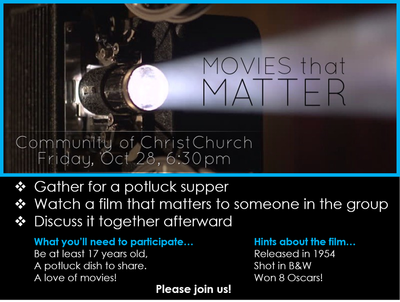